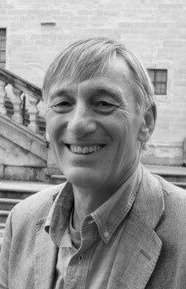 The Family Mediation Standards Board (FMSB) has delegated authority to advise upon and oversee the implementation of, and adherence to, the FMC’s professional standards. Its work includes, maintaining and publishing a register of mediators and Professional Practice Consultants, ensuring standards of foundation training courses, maintaining and administering a robust system for accreditation

Robert Creighton is the founding Chair of the Family Mediation Standards Board, having served on it since its inception in 2015. His interest in and commitment to family mediation came after his retirement. In his career he had various senior roles in the public sector, principally as a Chief Executive in the NHS.

Previously, he was a senior civil servant in the Department of Health, including a two-year stint as Principal Private Secretary to the Secretary of State Virginia Bottomley. His early career was as a teacher and a director of an international educational charity.

He maintains his interest in leadership and innovation in public and voluntary services through non-executive roles in health and education, as well as mediation – as a Trustee of the Imperial Health Charity and Chair of the Waterford School Trust.